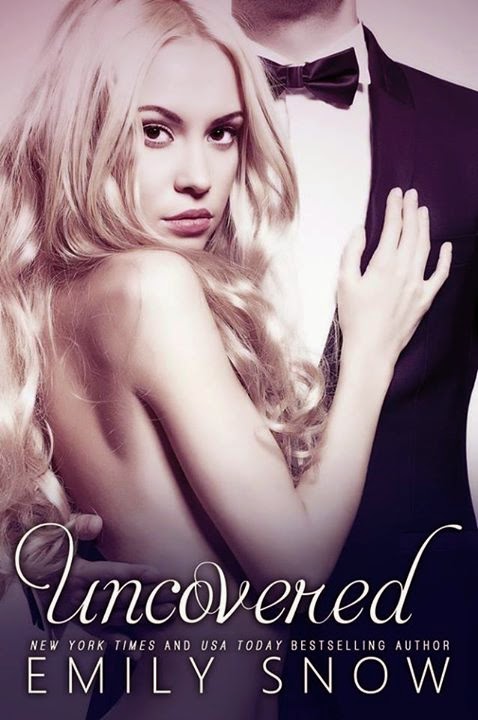 "The Alexander and Olivia saga will definitely make you feel like you’re caught in an inescapable rip-tide that you won’t want to be rescued from. They take you on a powerful, emotional journey filled with heartache, courage, hope and love that will leave your heart pounding and gasping for air."
- Fierce and Fabulous Book Diva

RECOMMENDED FOR READERS 18 AND UP DUE TO EXPLICIT SEXUAL SITUATIONS, STRONG LANGUAGE, AND GRAPHIC VIOLENCE

The complete best-selling Beautiful Mess series in one e-book box set. This includes A Beautiful Mess, A Tragic Wreck, and Gorgeous Chaos, as well as a previously unpublished deleted scene from A Beautiful Mess and a glimpse into an unannounced super-secret project, due to be released in 2016.

A Beautiful Mess: Olivia Adler is a woman with a troubled past. After losing her parents at the young age of six and being raised by an uncle who she lost years later, she refuses to get attached to anyone, including friends. For the past decade, she has been able to remain unattached to any man, too worried about losing someone to get too close. Until Alexander Burnham walks into her life one night and changes everything. But he has issues of his own. And he’s keeping a secret that could turn her world upside-down. Will Olivia let Alexander in enough for him to get close and protect her from a force threatening her very existence, or will she push him away, scared of letting Alexander in, in order to protect her heart?

A Tragic Wreck: Haunted by her past, Olivia Adler flees Boston for a beach in Florida, leaving everyone behind, trying to shut the world out. Remaining a relative recluse in her self-imposed prison, she tries to turn everything off, wanting to feel nothing. But a new acquaintance won’t let that happen. After being away from Alexander for a month, his voice constantly ringing in her head, reminding her that her inability to confront her demons will not only destroy her, but also him, can she really be expected to want to feel again when it brings nothing but pain? Back in Boston, everywhere he turns, Alexander Burnham is reminded of Olivia… His Olivia… He tries to dull the ache left in his heart the only way he knows how… in the bed of a beautiful woman. But Alexander isn’t about to lose his Olivia. After a clue comes to light regarding Olivia’s whereabouts, can he convince her to return to Boston with him? When a force that has laid dormant for months resurfaces, can Alexander still protect her from the unknown danger? And when Alexander comes face to face with a shadow of both his and Olivia’s past, will he be able to tell her the secret that is threatening to tear them apart?

Gorgeous Chaos: Finally able to face her fears of abandonment, Olivia Adler begins to prepare for the next phase of her life. But Alexander Burnham is still holding on to all the secrets about Olivia’s past, trying to protect her. As days go by, Olivia is slowly starting to remember her past and Alexander realizes it’s only a matter of time until she puts all the pieces together and figures out who he is… And who she is... But if she remembers, her life could be in even more danger than it already is, and Alexander cannot have that happen. When shadows of Olivia’s past threaten not only her life, but also those around her, will Alexander finally put Olivia’s needs ahead of his? Will she be able to put all the pieces of her past together in order to save her own life and those that she’s close to? Can she figure out who she can trust and who is threatening her very existence?

T.K. Leigh, otherwise known as Tracy Leigh Kellam, is the USA Today Best Selling author of the Beautiful Mess series. Originally from New England, she now resides in sunny Southern California with her husband, dog and three cats, all of which she has rescued (including the husband). She always had a knack for writing, but mostly in the legal field. It wasn’t until recently that she decided to try her hand at creative writing and is now addicted to creating different characters and new and unique story lines in the Contemporary Romantic Suspense genre.

When she’s not planted in front of her computer, writing away, she can be found running and training for her next marathon (of which she has run over fifteen fulls and far too many halfs to recall). Unlike Olivia, the main character in her Beautiful Mess series, she has yet to qualify for the Boston Marathon.

I love Emily Snow! She has a new book coming out August 5th ~ Uncovered.

Blurb:
My name is Lizzie Connelly, and I have it all. The gorgeous apartment. The new job most women would rip out their own souls for—working for Margaret Emerson at Emerson & Taylor. I have one of those lives you’ve always dreamt about, the kind you only see on HBO. But, the thing is, that life is a lie. A façade.

It all started with one call. “Everything you know about your story—your father’s story—is a lie. It’s up to you to uncover everything.” One call, and I turned my world upside down to dig my way into Margaret’s life—the woman who I’d never laid eyes on until recently. My stepmother who took everything after my father died fourteen years ago.

The plan was simple—figure out what role she played in my father’s death and expose her to the world.

But here’s another thing: simplicity doesn’t exist, and my plans are flawed from the beginning because I never anticipated Oliver. Sexy, too smart for his own goddamn good, and infuriating, he’s the one person who could blow my plans to uncover Margaret. She’s his mother, and in another life, that would have made him my stepbrother.

I want to pretend that none of that matters, that I can simply finish what I came to do without sparing him a second glance and another thought.

Like I said, though, there’s no such thing as simplicity.

My real name is Gemma Emerson.

And this is my story.

Posted by Unknown at 8:07 AM No comments: 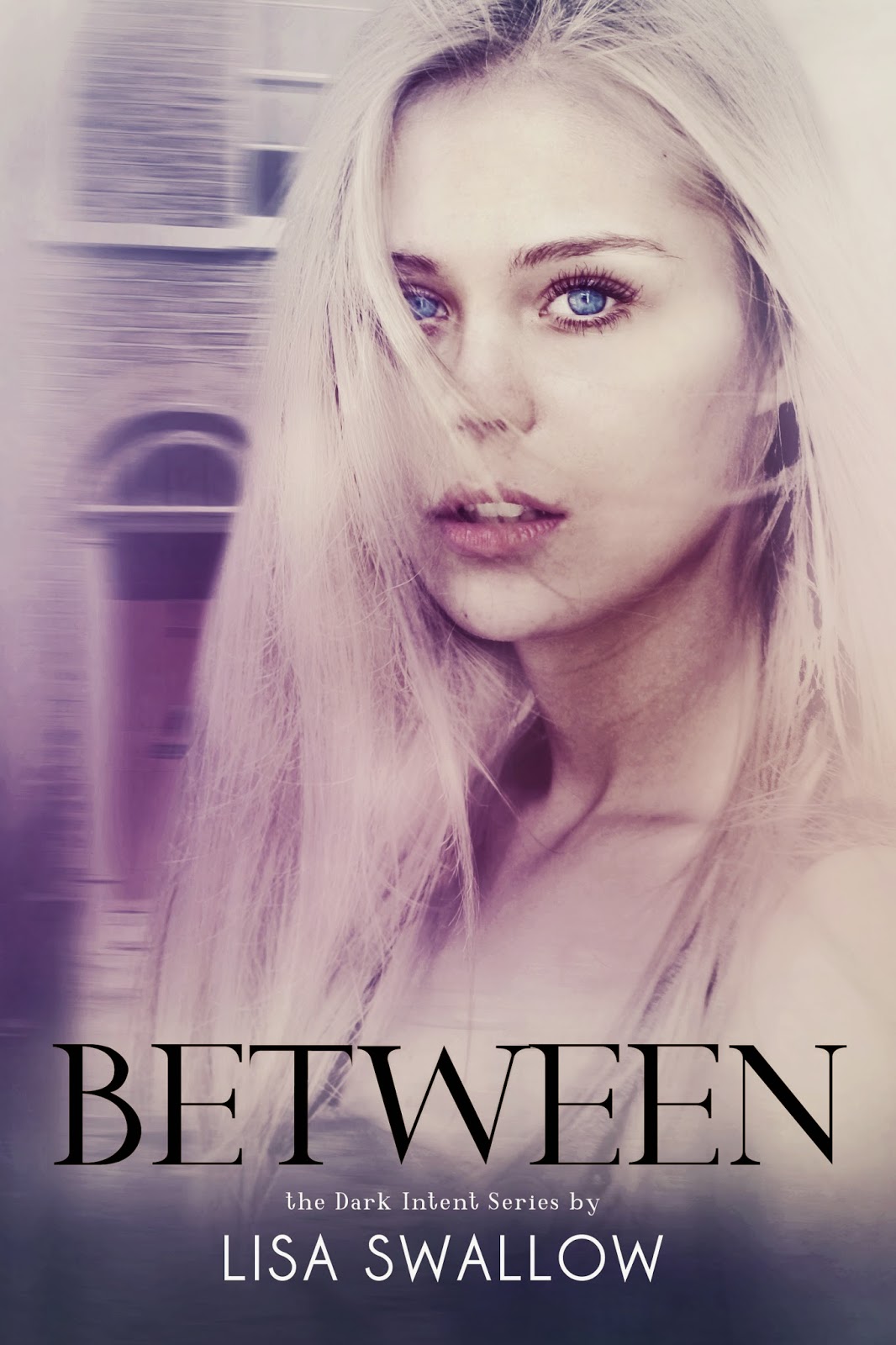 
Rose survived the accident that
killed her friend. The problem is, the life she returns to scares her more than
the night she almost died.

When Alek and Finn enter her world,
Rose discovers the after-effects of the accident are worse than she thought.
The slow recovery and fogged nightmares aren’t the only changes she needs to cope
with.

Rose has an immediate and intense
attraction to arrogant housemate Alek. This confuses her as much as the
chilling effect of her inscrutable work colleague Finn. As Rose struggles to
cope with her new life, she learns that her connection to the two men threatens
all their futures.

Alek has lived years closed off from
people. He didn’t expect someone like Rose to come
into his life and challenge the reality he grips onto.

If Finn doesn’t fix the mistake he made, his life
is in danger. His desire to help and protect Rose makes his task difficult,
especially when she’s the mistake he needs to fix.

When Rose disappears and Alek’s
past catches up, she finds herself trapped between the living and the dead, unable
to find her way back. Alek and Finn could help her - but are they prepared to
risk the consequences?

Between is a new series of urban
fantasy books with gothic elements. The supernatural you find living and
working in this English city are a little different to those you usually find. 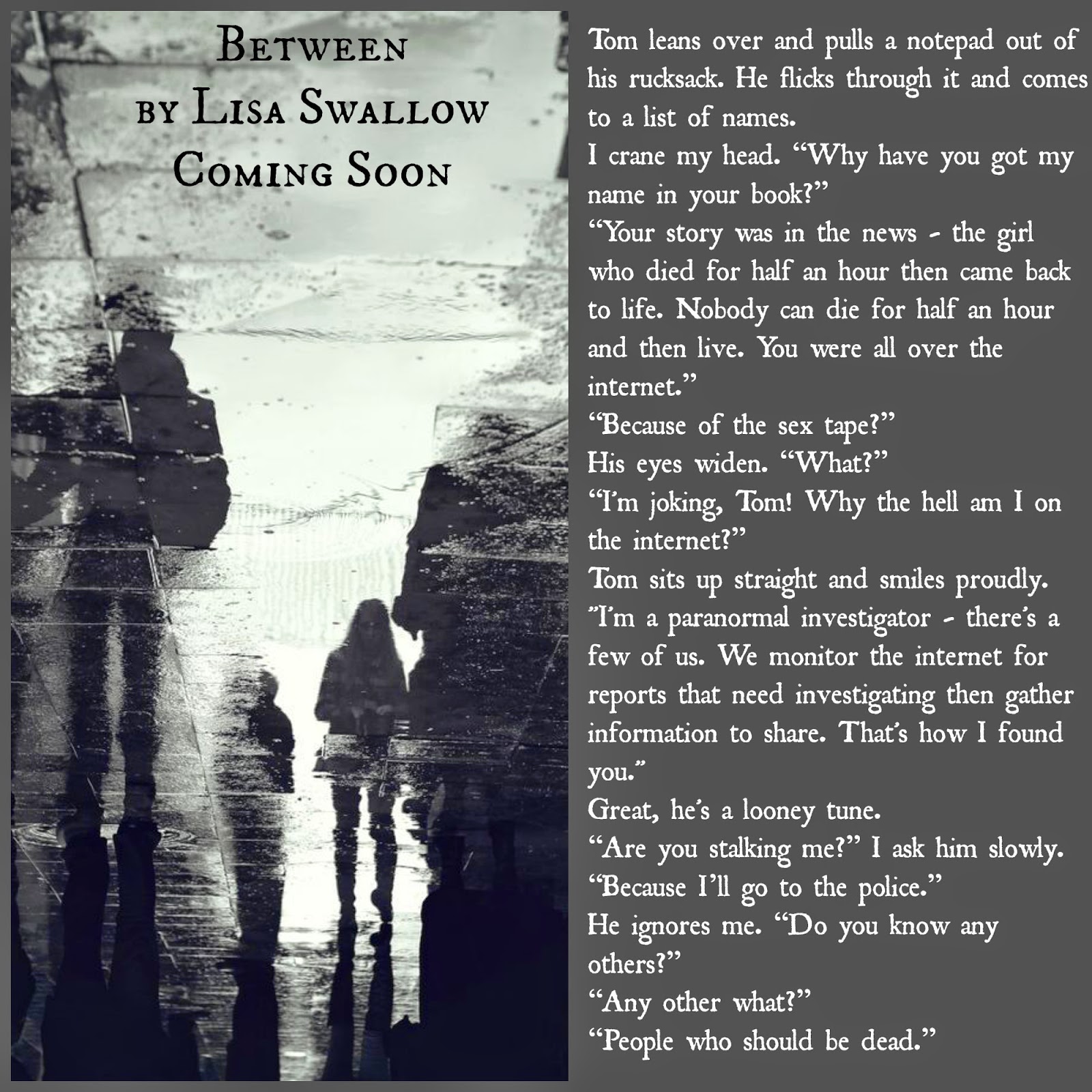 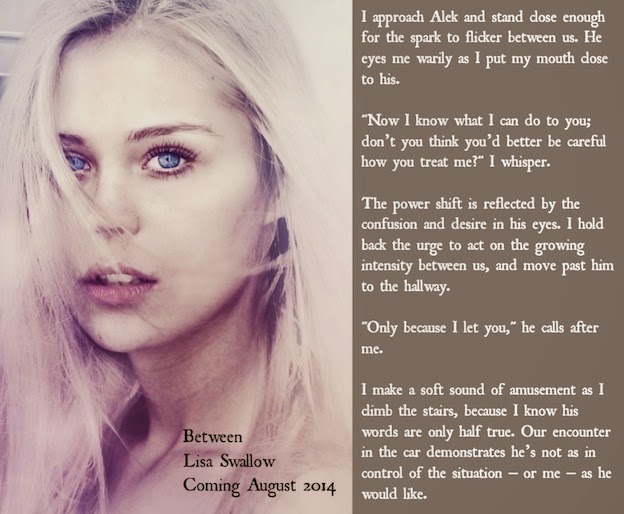 Lisa is an author of new adult romance and writes both paranormal and contemporary, often with a

In between running a business, looking after her family and writing, Lisa sometimes finds spare

time to do other things. This often involves swapping her book worlds for gaming worlds. She even

leaves the house occasionally. Lisa loves all things from the Whedonverse and preferred vampires

Ties. She is currently working on a new contemporary romance series Blue Phoenix and the first

book, Summer Sky is due for release in April. Lisa is originally from the UK but moved to Australia

in 2001 and now lives in Perth in Western Australia with her husband, three children and dog. 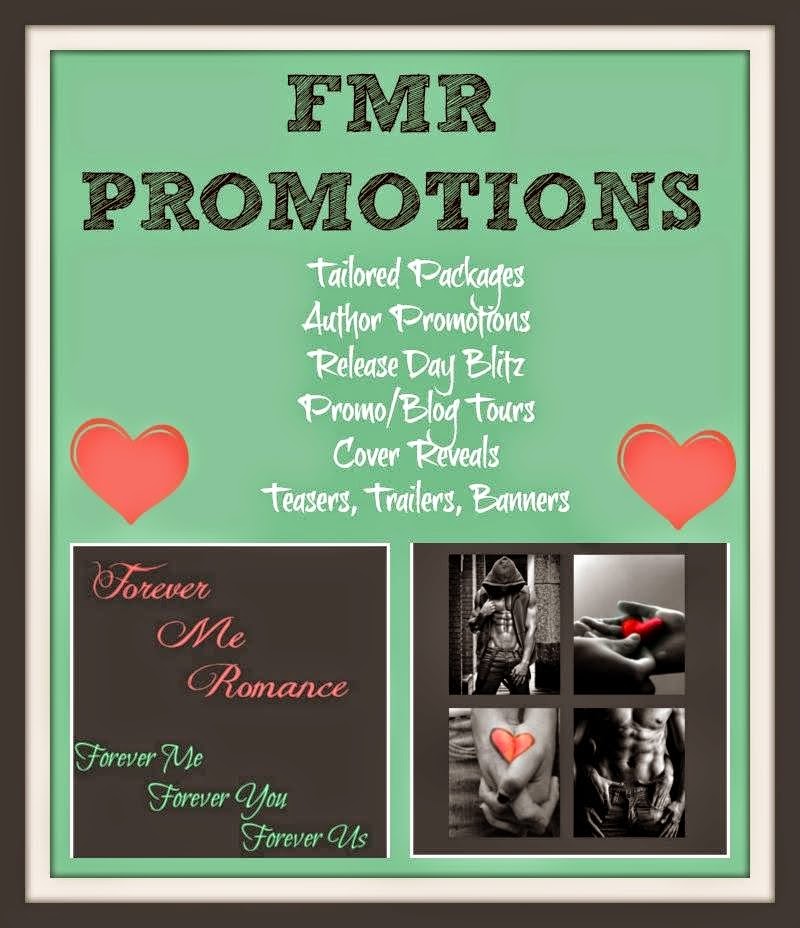 Posted by Unknown at 8:00 AM No comments:

Blurb for Book 1
‘The world in 2044, filled with hate and corruption, finds that the ‘God’ of the Bible is not what He appears to be or is ‘He’.
Dr. Jay Winder, a man with a secret unknown to even him, alongside Dr. Mandi Stevens must work with a government he disagrees with in order to save the human race from extinction.
Faced with said extinction, he finds love in a burning world filled with rubble, ash, death, and betrayal.
Does he have the strength, and can he find the will to overcome his past and vanquish the enemy in time? Or will he allow his secret and the betrayal to cause their demise?’

Blurb for book 2
'Things are not what they seem to be.
Jay and the world were lied to. The Aliens are not God, but what, who are they?
Jay, along with his new found love, Mandi must battle forces unseen to save Earth with a faith that is barely hanging on.
Mandi has a secret. Will her secret be enough to keep her alive? Or will it be enough to cause her demise?
Deception, Lies, False Friends, and Secrets... Is their faith strong enough? When it matters, who will fall and who will stand the test of time?
Who will remain true? Is this the Biblical downfall of Man?' 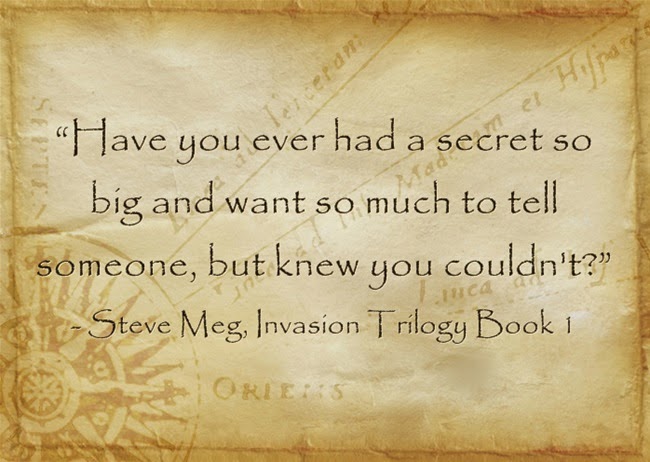 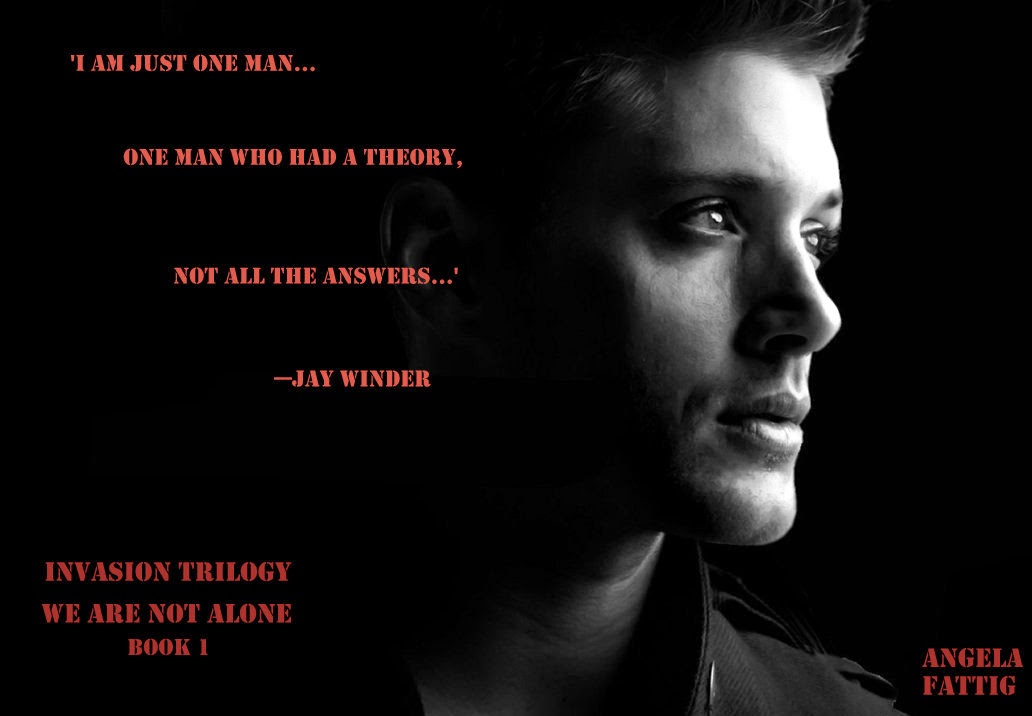 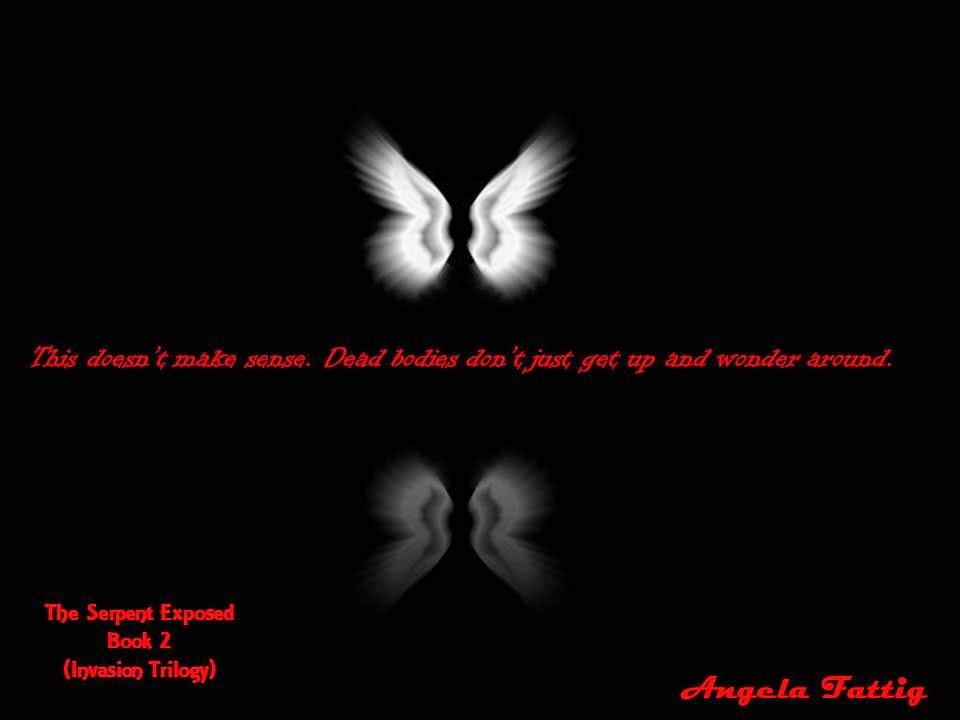 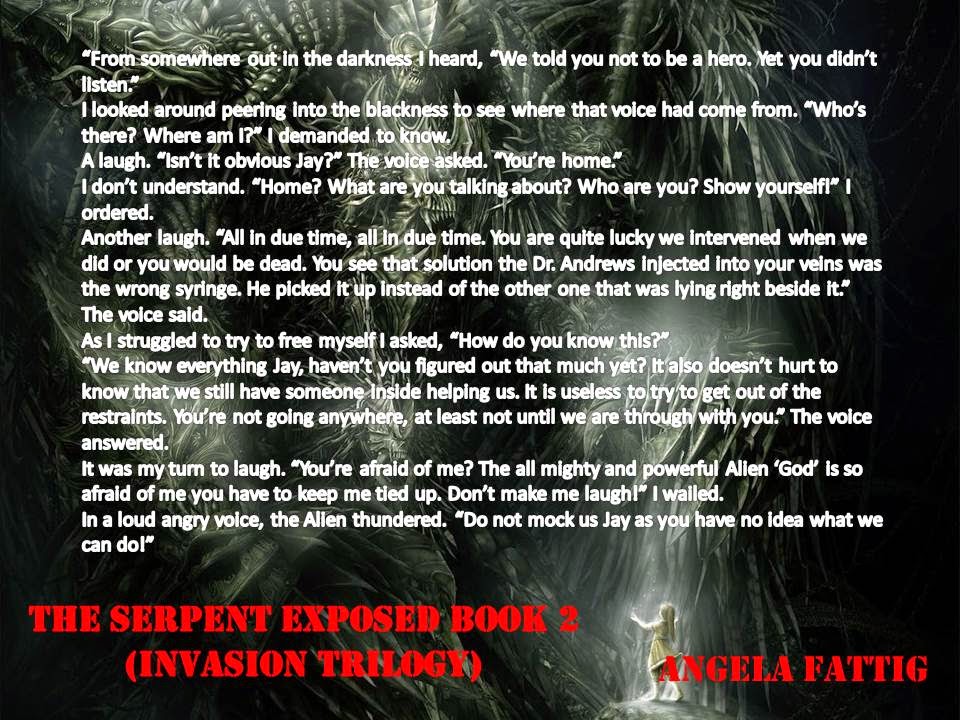 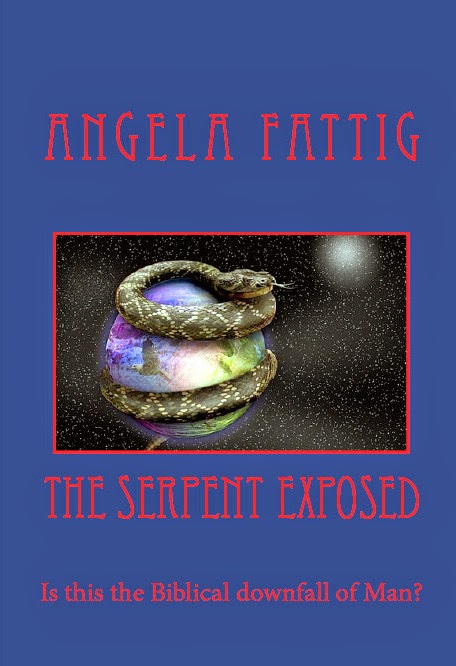 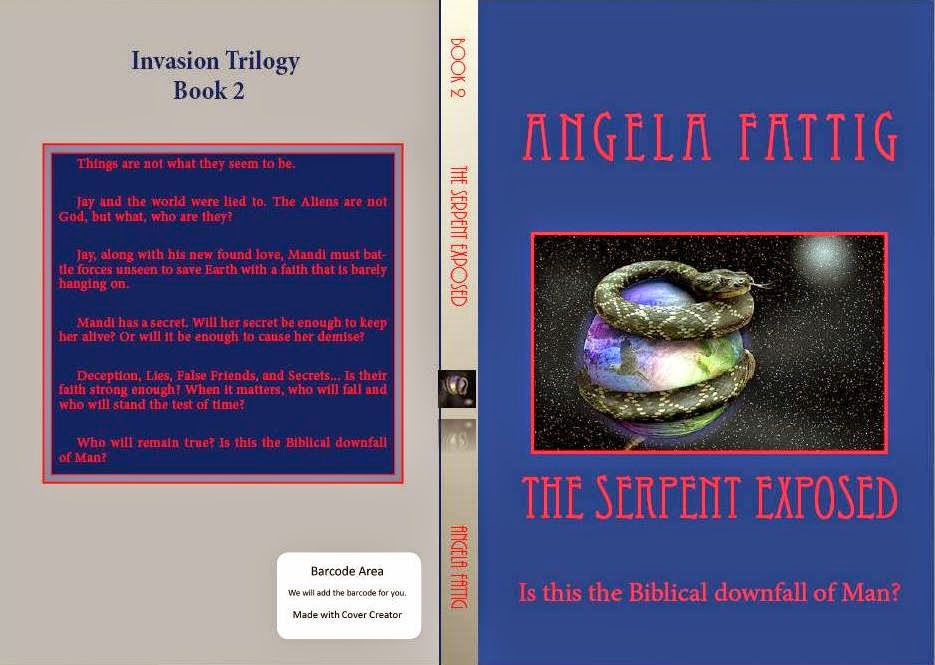 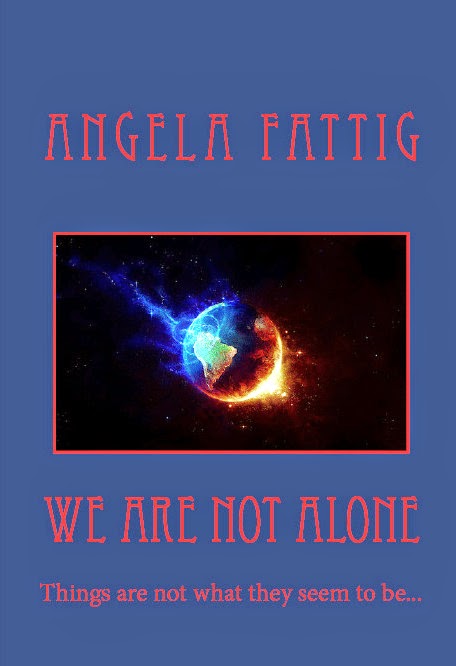 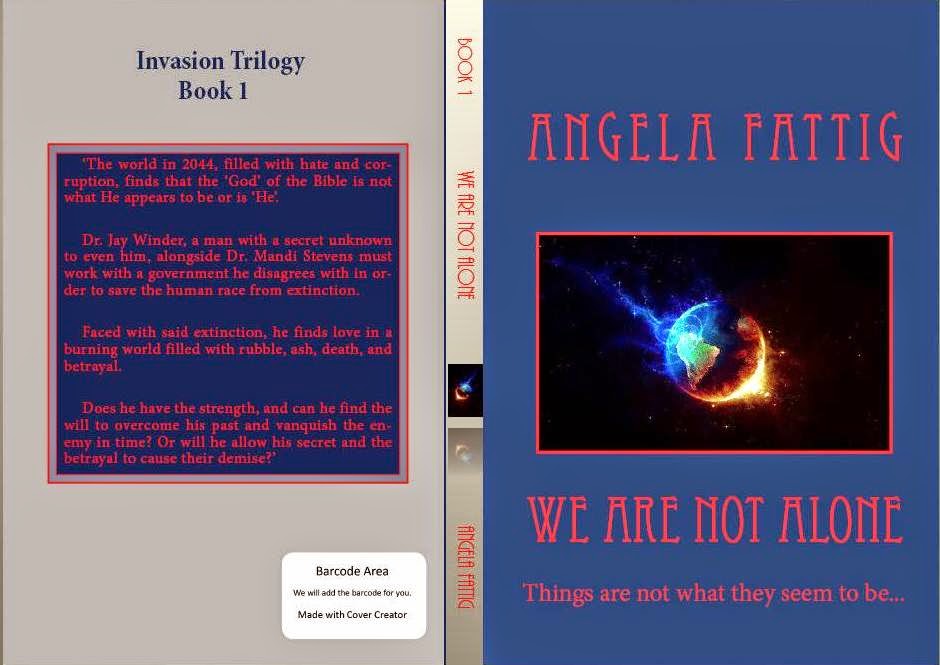 Posted by Unknown at 6:17 PM No comments:

HOW DO YOU READ?

The e-reader is no longer a new device. Are you still reluctant to embrace the technology? Have you tried reading on a device? What might be holding you back?

I pose this question because I am among the population that still uses traditionally published books, or real books, as I tend to say in my classroom. However, a lot of my grown-up books are in Kindle form. I still have real books around my house, shoved in every nook and cranny I can find. Plus those treasured signed books from authors I have meet at signings.

But I digress. I am in need of a new Kindle. I have one of the orginal Kindles and loved it from the beginning, even if I was reluctant to use it!  But it died a slow death about a year ago. I do use the Kindle app on my phone and iPad. However, I hate the back light. Maybe it is my old eyes and years of reading, but I have noticed headaches and eyestrain. I think I need to get a new Kindle.

I have looked at the Kindle, 6" E Ink Display and it is the most basic of the Kindles available. It is light weight and small in size. Wifi is available to download books. And with Amazon Cloud, I can still have access to my extensive Kindle ebook  library.  Priced at $69.00, this seems to be a great deal.

Personally, the Wifi vs 3G is not a big deal to me. Why? Because I always have my phone and I can easily download a book from there, if needed. But let's be honest. I have hundreds of unread books on my Amazon Cloud. Will I really need to download something in an instant, on the go? Doubtful.


So my friends, I ask you. What type of device do you have and love? Leave a comment and tell me your thoughts.  If you share your opinion in the comments, I will randomly choose one person to receive a $0.99 Kindle ebook of choice!! (Until 6/30 @8PM EST)

Check out the entire Kindle Family on Amazon